There are a few artists with the name Keiko: 1) Yamada Keiko (Keiko Yamada - 山田圭子) is the vocalist of the J-Pop group Globe. In 1994 she participated in the 'EUROGROOVE NIGHT' audition organised by Tetsuya Komuro, and in 1995 became part of Globe. She later married to Tetsuya Komuro, and even has her own solo project. In 2001, She collaborated with Hamasaki Ayumi in the Songnation Project single a song is born. 2) KEIKO the band, hailing from Redditch, Worcestershire, UK. 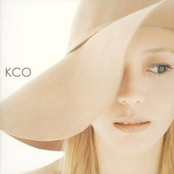